As the USA and the World continues its fight for equality. I wanted to share what is it is really like to be a minority in the USA. A lot of people who genuinely do not understand the black lives matters movement. They think it is about minorities against police. When black lives matter is way more than that! I am sure you all know that I am of African descent. Meaning my family and I recently relocated to the United States. As someone who knows the people who founded the black lives movement, I thought I might as well spread some light on this one. Before you jump into conclusions, please read this whole post. I would love to have an open and respectful conversation with all opinions.

When we say black lives matter, it is not about starting a race war, or we believe all cops are bad. It is not like what some of the news is pushing for. What we mean when we say black lives matter is that our lives have value too. There is a lot of hard-working minorities that pay their taxes. The same taxes that funds the local police departments. The same police that harass us or even worse still, kill us. When people say defund the police, some mean it literally. However, most hard-working minorities mean if you are going to get money from our taxes, please do not ruin or take our lives when we did nothing wrong. We matter as human beings.

Here are some stories of what its like to be a minority in the USA.

Firstly, when I moved to the united states, the first thing i thought about was to place my two young sons in a school.  I was advised that there are some school districts that were not so friendly or accommodating when it comes to admitting black kids to their schools because it is believed that black people are nothing but trouble. This means that it was not going to be easy for my kids to get a placement for the simple reason that they are of black descent.

As fate would have it, I got my two kids’ admission in one of the school districts in my state. It’s not surprising how one of the schoolteachers asked me to sign up my children for extra tuition for English language. She had already concluded in her mind that these black kids cannot speak English even without interviewing them to determine whether they needed extra lessons or not. Isn’t that racism of the highest degree?  I explained to her that I did not think my children needed any extra tuition for they spoke very eloquently and to top it up they already had acquired bit of American ascent thanks to the good schools they attended back home. To confirm her doubts, she went ahead and briefly interviewed them to determine if they needed extra coaching. To her amazement, my kids had mastered the English language beyond any average American schooler in their respective grades.

The deal here is, racism is not only perpetuated within the police force in America but its engrained in the whole system.

Can we talk about workplaces in America?!

For lack of better word, most immigrants and more so the black race are highly undermined. You will find the HR hiring a high school graduate of white descent to supervise a group of professionals of black or brown descent. Reason, the mentality here is the black professionals are incapable of holding a supervisory role or any managerial position and therefore they must have clueless white personnel to hold positions that are regarded highly. It does not matter how experienced or qualified you are as a black person in most American companies, you will always be regarded less.

When I say the whole system is screwed up in America, it is because it can go down to even when you need financing by the commercial banks. The are special interest rates for the “owners” and another crazy rate for the minority.

I can write a whole book about the #BLACK LIVES MATTER! The deal here is this monster “racism” is deep rooted here in America, not only the police brutality, It will take an overhaul of the whole system to end it.

I SAY BLACK, WHITE OR OTHERWISE ,EVERY LIFE MATTERS !!! 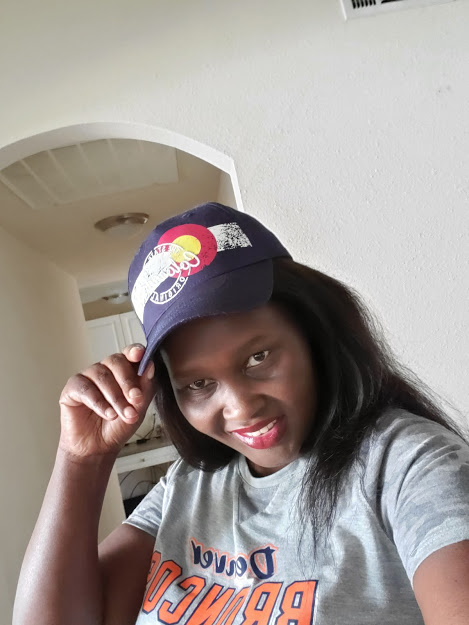 Support me and my blog to bring you exclusive and inspiring content!

4 thoughts on “BLACK OR WHITE LIFE? WHICH ONE MATTERS?”

This site uses Akismet to reduce spam. Learn how your comment data is processed.

Mother's are always at the front line.
The look when my Doc says & insists that I need a corrective knee surgery.🤔🤔🤔🤔🙄 tafadhali sisi tunafunga mguu na mutame or "Mbandage " if you know what I mean " and walk🦵🦵
Happy Sunday y'all
💙💙💙
Don't we love Surturdays 💙💙💙 But seriously my BFF never let's me have a moment 🙆‍♂️ Always stealing my moments. I enjoy it though. Do you have that one child who won't give you a moment 😇😇
Yes! My sun glasses 🕶 from @shop.valerio 👍👍
Advertisements
Advertisements